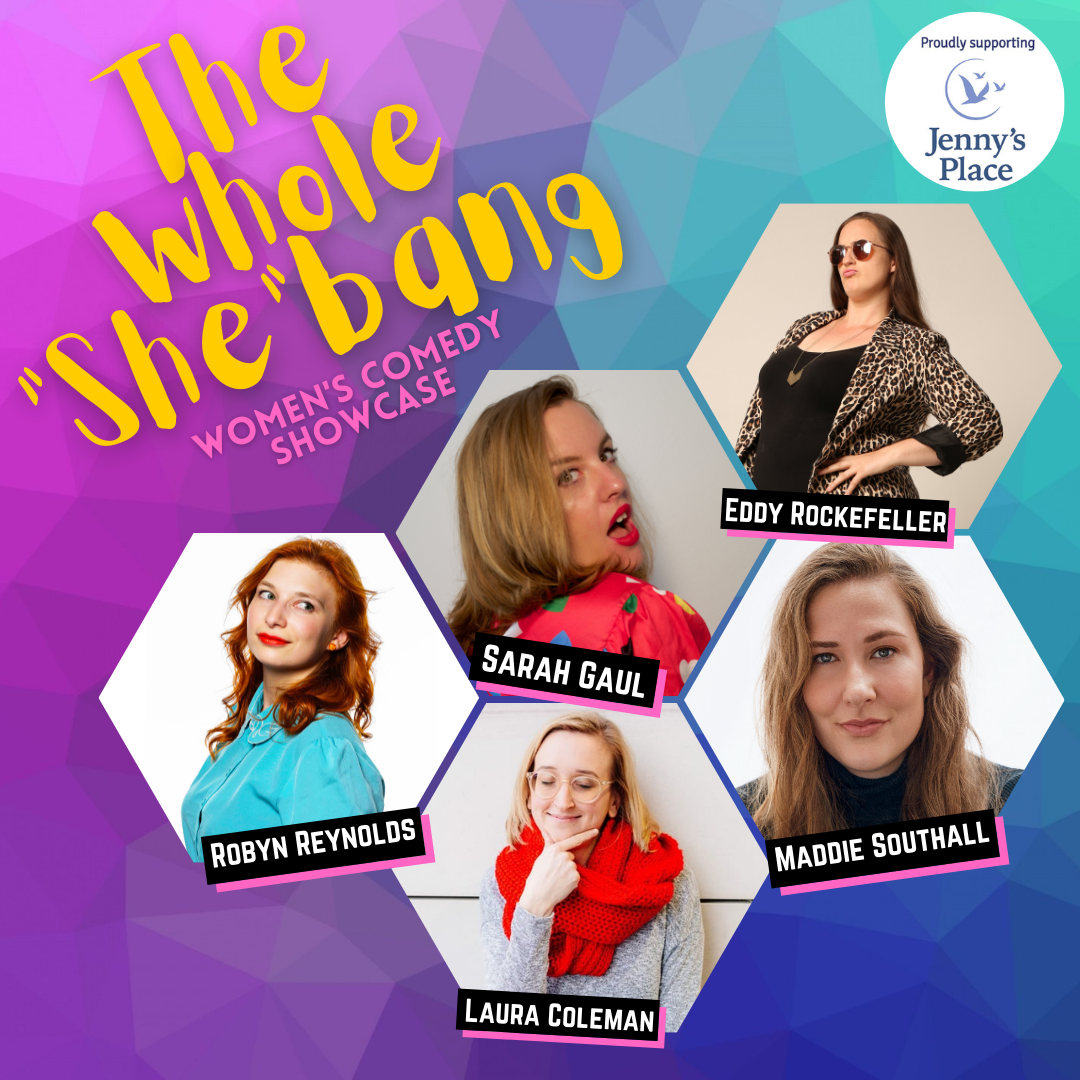 A Q&A WITH COMEDIAN EDDY ROCKEFELLER

The Whole “She” Bang is a showcase of the best established and emerging women comedians in NSW. Join Robyn Reynolds, Eddy Rockefeller, Maddie Southall, Laura Coleman and Sarah Gaul for an amazing night of femme forward comedy.

50% of all profits will be donated to Jenny’s Place, a non-profit organisation helping women in crisis.

We spoke with Eddy Rockefeller to find out more.

What’s the idea behind the whole “she” bang?

We are premiering the show at Newcastle Fringe and keen to make it a regular monthly gig. The idea is for it to be a female showcase for several reasons. I’ve been the only female comedian on the local scene for about two years. Lots of women come up to me and say I’d love to do comedy but it’s such a boy’s club, so part of it is definitely to introduce more females into the scene and to inspire those that want to try it. And…to support women through Jenny’s Place.

I was looking at donating to a local women’s charity and Jenny’s Place was looking for different ways to raise money, so it was “kisment”. I pitched the concept to Awesome Newcastle Grants and got $1000 to make it happen. It’s been in the works for a long time.

Where are the five female comedians from?

I’m the only local and the other girls are coming up from Sydney. Robyn was originally a French translator and interpreter living in France before moving to Sydney and she helped me get this first gig together.

What do you love about being a stand-up comedian?

It’s addictive. The adrenalin of being onstage, the puzzle of making a joke. There are no lessons for comedy, it’s a completely original industry. It takes a lot of time to develop material. One hour of comedy is like three different feature acts. It’s like being a blacksmith and making a beautiful sword, it’s an art that takes several pokes to forge a good one.

Who is on first and do you practice your jokes or just let them rip on the night?

I’m the MC and will be resident MC for the monthly showcase because I’ll make sure I can pay everyone else first. I’m also the extra extravert of the group. There’s an old saying, a joke is not a joke until you perform it on stage.

Who is the funniest?

We are all very different personas but all good at what we do. Sarah is the funniest but, of course, we all think we are the funniest!

The comedians are also doing their own shows at Newcastle Fringe, Robyn Reynolds is in Mermaid, Maddie Southall and Laura Coleman in Nothing Serious and Eddy Rockefeller is in Wisdom Teeth – a show about biting off more than you can chew and all the stupid stuff Eddy did in her 20s. Sarah Gaul is the headline act in the showcase lineup. She is an award-winning musical comedian, actor, writer and improviser who performs in comedy festivals across the country and internationally.

The Whole “She” Bang, premieres during Newcastle Fringe for one show only: