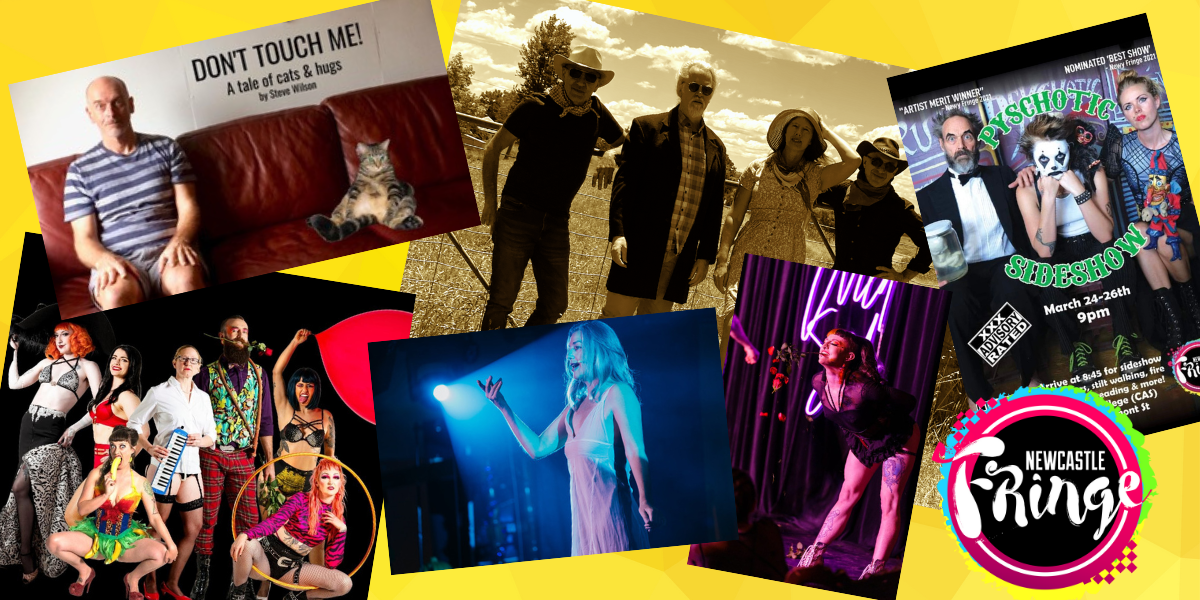 Newcastle Fringe exists for the development of artistic expression through emerging artists and performing arts in the Hunter Region local community. Organisers are very proud to say that the little festival is achieving their goals in this area. They know this because many of the shows presented in the festival are by returning artists, with a number of them being supported by the City of Newcastle for the development of works for the New Annual Festival held in Sept/Oct.

It may surprise many to know that the Newcastle Fringe Festival is not currently supported financially by the City of Newcastle, but organisers are proud and happy that some of the presenting artists are. The fact that organisers of the New Annual are working with fringe artists to further develop their work and showcase it at their festival, indicates that Newcastle Fringe must be doing something right!

Newcastle Fringe is in no position to financially support the development of work directly other than to create a festival program, organise venues and tech support, market and sell tickets so that artists can present their work to live audiences. This opportunity enables artists to hone their skills, iron out the kinks in their shows, learn how to market and earn an income from ticket sales.

“It is a source of great pride to see artists that performed at Newcastle Fringe go on to perform at other fringe festivals nation-wide and to see the development of their craft each year,” said Newcastle Fringe Chairperson Brooke Twyford. “The opportunity that the festival provides is an important one for artists who have been through an incredibly challenging time since the pandemic. The same can be said for venues and hospitality that host the festival and the audiences that come to see the shows. We’re proud to be part of the solution for artists and venues alike.”

The Newcastle Fringe Festival is entirely run by volunteers, with only one admin part time support person who gets paid – everything else is done unpaid and inkind. It is a registered not-for-profit organisation that has been growing in scope and sophistication since 2019 when it was incorporated. Prior to that, it was run almost single-handedly by its founder, Phil Aughey, who began the event in 2016. It is at heart a community organisation in very real terms. Funding is an ongoing source of frustration and concern year on year but despite this, and because of the passion and commitment shown by a handful of people, Newcastle Fringe continues to thrive, growing little by little each year, punching above its weight and adding a vibrant and happening cultural event to the city’s calendar – one that deserves to be supported and one that has enormous potential to be a drawcard event for the city.

This year’s festival has expanded to 8 days across 2 weekends and is presented in 10 different venues in Newcastle, Hamilton and New Lambton. There are over 130 performances in almost every possible genre.

Newcastle Fringe is pleased to be showcasing a number of returning artists and several brand new, premiere shows in addition to visiting artists from further afield.