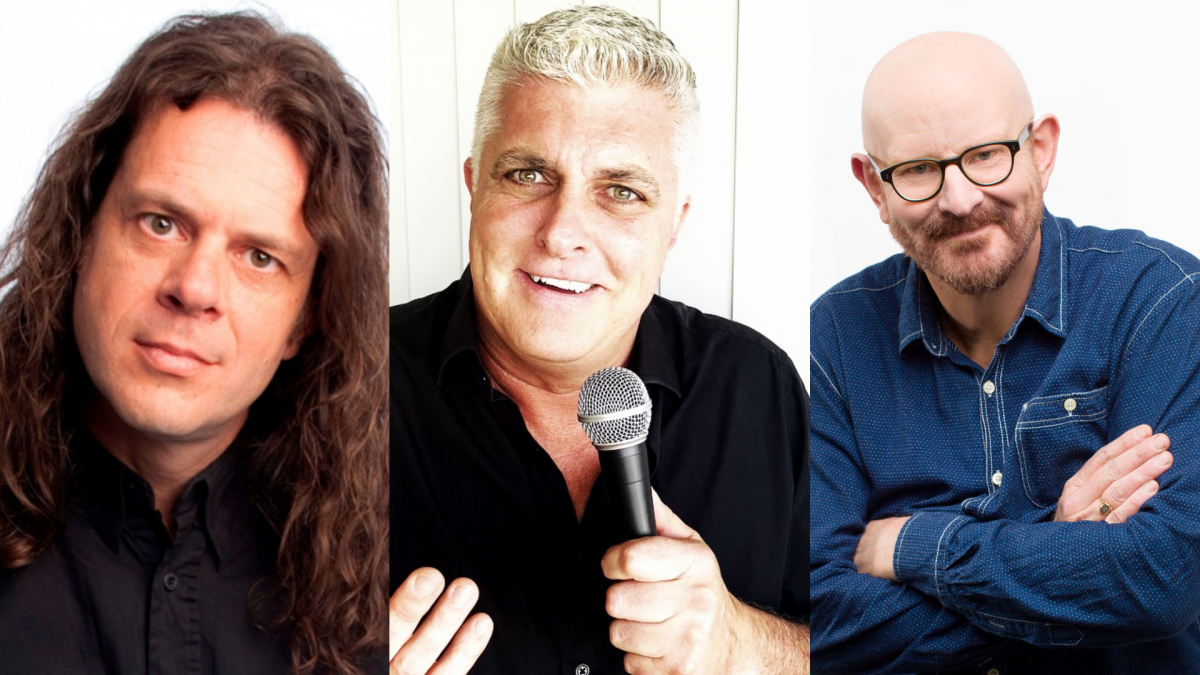 Three of the best and most versatile comedians in the country, with over 100 years combined experience in stand-up comedy, come together for one huge night of guaranteed nonstop laughter at Lizottes on Saturday 19th March in Triple Treat Comedy. Guided by host Darren Sanders, Tommy Dean (regularly heard on ABC Radio’s TGIF) and Peter Berner (Backberner, The Einstein Factor) will bring their distinctive styles of comedy to a night of side-splitting hilarity.